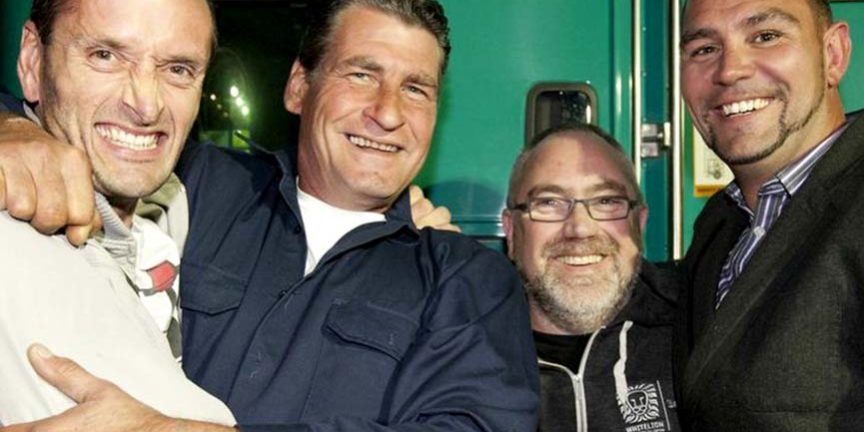 Supporting the Whitelion Bail Out Since 2010

The Whitelion Bail Out evenings are exciting events to raise funds and awareness to help ‘at risk’ youth. They allow people to step into the shoes of convicted young people and spend a night in a correctional facility. Peers and Players is proud to have supported these events across Australia since 2010.

We coordinate the actors who bring the nights to life by playing the roles of guards, as well as acting out example scenarios of trials to give insight into how many of these young people are treated.

With the help of Peers and Players, Whitelion raised more than $660,000 across their Bail Out’s in Western Australia, New South Wales, South Australia, Tasmania and Victoria in 2016. We look forward to topping that this year!

For more information and how to get involved check out https://www.bailout.org.au/.

Here one of our actors, Johnny Boxer, with the Whitelion Co-Founders Glenn Manton and Mark Watt, and performer/keynote speaker Jeremy Donovan.

Here’s another of our actors rounding up a renegade ‘inmate’.

And another removing a troublesome ‘inmate’ from the mess hall.

And more of our actors overseeing the processing ‘inmates’.

This site uses Akismet to reduce spam. Learn how your comment data is processed.


Join Us
Go to Top