Why “Play” is Important in Business 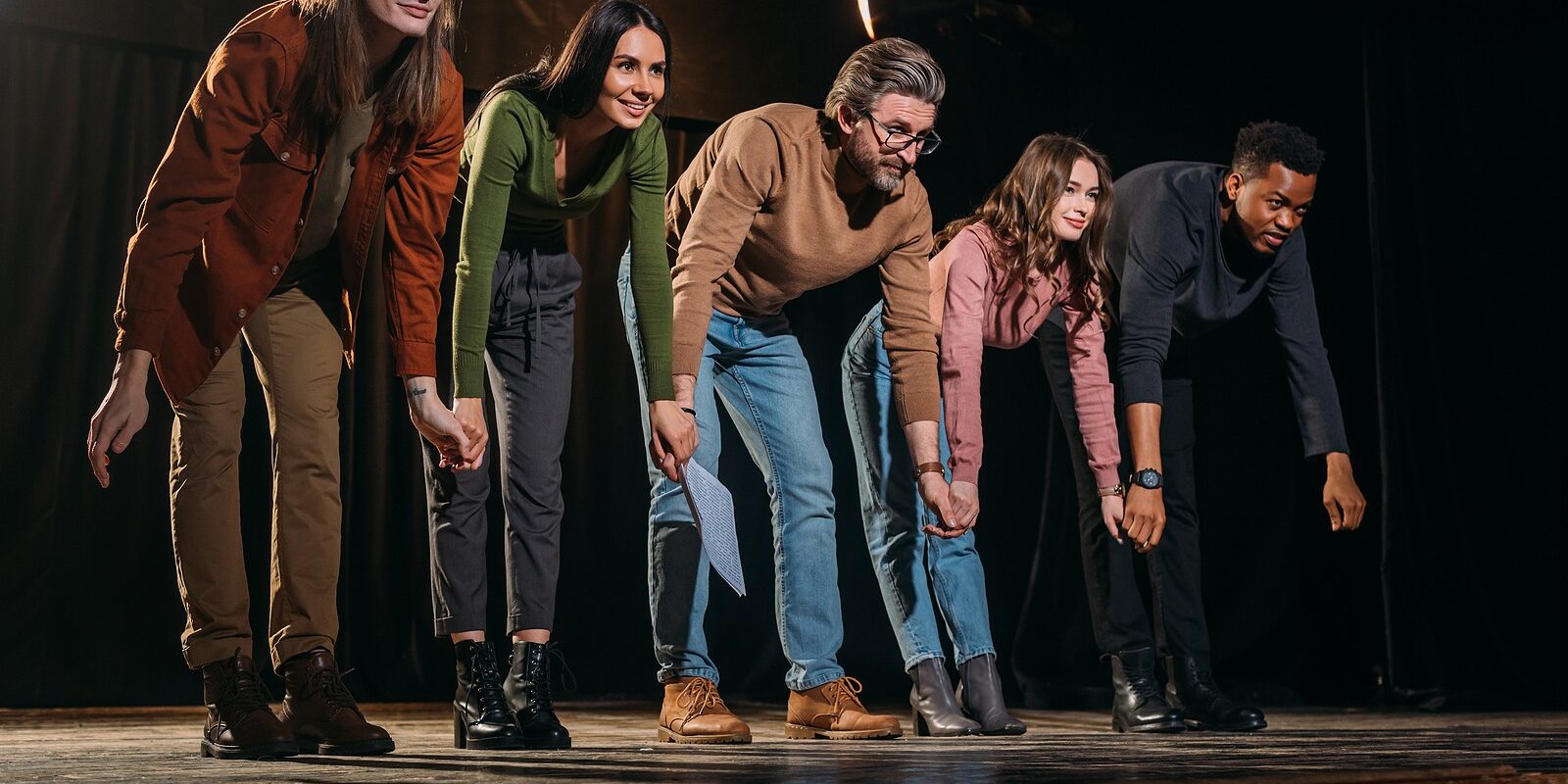 The Power of Play in Social Skills Development

I was told to face a girl, look into her eyes and mirror her as she mirrored me. It was the first exercise of my first acting class. I was 17, a virgin and hugely intimidated by the others there. Everyone appeared to be so self-possessed with natural poise. They seemed to be who they were while I felt like I was pretending. The exercise went on for 3 minutes, we swayed and made faces and I was red with embarrassment the whole time.

I was still a kid, fresh out of school. I can look back now as an adult with fondness, but at what point did that kid stop existing to be replaced by this adult? The simple answer is “never”. Keith Johnson (an extraordinary teacher who wrote a book titled “Impro” that formed the basis of theatre sports, whose line is it anyway etc.), once wrote that there is no such thing as an adult, only atrophied children. And it’s true. There is no magical line you cross into adulthood, you just get really good at pretending to be one. So good in fact, you can convince yourself you are no longer that child you once were.

Rediscover the Power of Play and Imagination

There are, however, times in everyone’s life where the child comes rushing back, especially in moments or emotional distress or insecurity. It takes a lifetime of ridged education, peer pressure, deadlines, monetary constraints and workplace conformity to slowly beat your inner child into submission. But at what cost? There are many articles out there on the extraordinary ability of children to learn through play and imagination. We all know that kids are like sponges that suck up knowledge at an incredibly fast rate.

Is “becoming an adult” done at the expense of losing these wonderful attributes that kids possess naturally? Absolutely. I’m not suggesting we should all start crying several times a day and sucking our thumbs when we feel insecure, however there is a least one thing we can do to unleash the childish potential in us all. I can express it in one word: “play”. “In every real man a child is hidden that wants to play.” – Friedrich Nietzsche

Play is possibly the most potent tool used by educators. When we play (as children or as adults) we are getting the opportunity to try out situations and behaviors with much lower stakes than real life. We all do this naturally with the people we are closest to. Take the mock argument with a good friend as an example: “Get up you lazy bastard. You’re missing the best part of the day”, “what are you? My mother?”. These exchanges are fun and strangely liberating, however they also allow us to express opinions without any real conflict. “We don’t stop playing because we grow old; we grow old because we stop playing.” – George Bernard Shaw

Does play belong in the workplace? Absolutely. Some of the most productive work environments I’ve experienced were also the most playful. If you are having a bit of fun at work, you are more likely to be happy working there, which correlates directly into greater output from the workers. Consider that for your next interactive staff training programme or on-site management meeting.

Can Role Play be a Useful Tool in Workplace Training?

Yes! Not the traditional: get two people to sit opposite each other and pretend to be in a situation while everyone one else watches (a sure way to kill off any sense of playfulness). Try getting some professional actors in, they are trained and payed to role play and are very good at it. You can use case studies and/or discussions to frame what the actors present then start slotting participants into the roles. This is an incredibly powerful way to get people practicing new skills, such as dealing with conflict or critical conversations. It has the by-effect of making for a really fun couple of hours.

“The truth is that play seems to be one of the most advanced methods nature has invented to allow a complex brain to create itself.”

– Stuart Brown, scientist and author of “Play: How It Shapes the Brain, Opens the Imagination, and Invigorates the Soul”

Lisa Peers is the Founder and CEO of Peers and Players. Matt Stewart is a professional actor and project manager at Peers and Players. If you’d like to know more about how corporate actors can enhance your workplace with role play exercises check out our Role Play training.