Life is an Improvisation 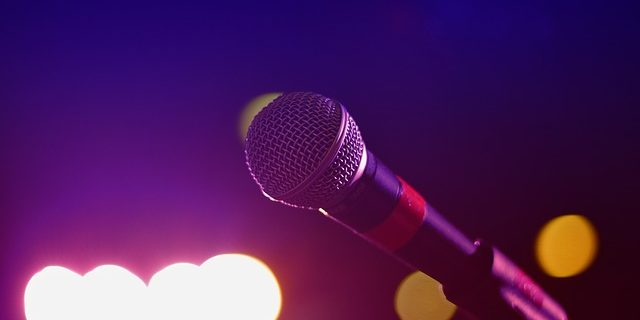 I was riding my motorbike through the streets of Sydney when I realized that life was in 3D! That’s right, no need to sit in a cinema with red/blue glasses on, if I steered by bike toward a low branch it would come right at me… I love these small revelations in life, when the painfully obvious pokes its head up and says “hi”.

Did you get handed a script this morning? Then I guess you’re already a great improviser.

Another one I had and most seem to miss is that everyone is a master improviser. Life isn’t scripted so that means we are all making it up as we go along. So why are the vast majority of people afraid to be put in a situation where improvisation is involved? There are a couple of reasons.

1. Improvisation is mostly used in terms of being on stage

Firstly, improvisation as a word is mostly used in terms of being on stage, like an actor. The greatest challenge actors face is to make an extraordinarily unnatural situation (like being on stage or in front of a camera) look natural. This requires a fair amount of skill in breaking down human communication and reconstructing it to look “normal” (that’s right, actors have “skills”!).

So, when most of us are asked to do something that comes natural, like improvise, but are put on the spot, or under the spotlight, it suddenly becomes very hard if not impossible. It’s a bit like trying to whistle while someone is pinching one of your nipples.

2. Many profess to being poor improvisers

Secondly, most people I meet profess to being poor improvisers, which is silly really, it’s a bit like saying you are a poor breather or a poor eater. I mean, it’s part of what we do naturally every minute of every day, however when we start placing such constraints on ourselves, we’ve got no hope.

“My whole life has been an improvisation.”

So why do I think this is such an important thing to write about and why you should start telling people that you are great improviser? Because improvisation, AKA “quick thinking” or “thinking on your feet” is a much coveted and admired skill in business. So, it’s time to start saying what a great improviser you are and believing it because, let’s face it, we all intrinsically are.

If you are still not convinced here’s a few pointers for being a great improviser:

Simple really but you’d be amazed at how many people are thinking about what they are going to say next instead of listening to the person that’s speaking to them. The more you actually listen to others when they speak the better equipped you are to react to what they are saying.

This is rule number one of improvising on stage and is just as important in real life. Even if you are disagreeing with someone you can still make time to accept what they say. EG: “Good point” or “I hear you”. If you go straight for denial or talk over the top of someone that’s called blocking and is a sure way to kill off the constructiveness of any human transaction.

That’s right, all ya gotta do is act naturally. It’s the simple act of not trying to be clever, just listen, accept and react. It really is that easy.

“But one of the things I learned from improvising is that all of life is an improvisation, whether you like it or not. Some of the greatest scientific discoveries of the 20th century came out of people dropping things.”

Lisa Peers is the Founder and CEO of Peers and Players. Matt Stewart is a professional actor and project manager at Peers and Players. If you’d like to know more about how corporate actors can enhance your workplace training check out our Presentation Skills training.